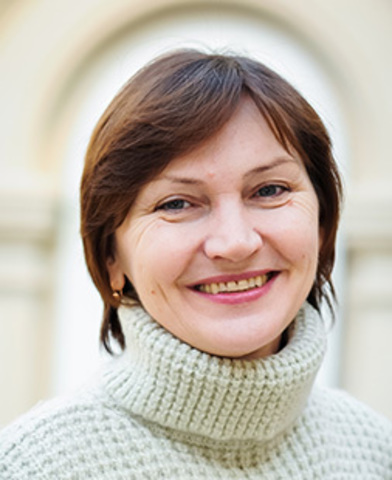 I was born in Ukraine, in a town near Kiev. I have spent my childhood and youth among gorgeous Ukrainian landscapes along Dnepr. At that time Ukraine was one of the Republics of the Soviet Union. I started learning English at very young age and my elder brother played a great role in this process. Besides English I also loved to study History and Geography and had a passion for travelling.

After completing my school education, I entered the Department of Foreign Languages at Teacher’s University. After my graduation I worked in Intoursit – the major tourism firm of the Soviet Union. I have organized cruises in Dnepr for tourists from the Eastern Germany (GDR). Besides that I have also worked as a guide in Tcherkassy, where I used to live earlier. Tcherkassy is an old Ukranian city from the 15th century known from the times of Bogdan Khmelnitsky, who was a Head of UkranianKozaks, and he had contributed a lot for the unification of Ukraine and Russia in 1654.

I moved to Moscow after getting married to a Russian man. Here, I started working as a teacher of English in a special English School. Then, I finished the Guide’s Academy by the Moscow Guides Association and I began to work as a guide in Moscow. I think Moscow is one of the most charming cities in the world. I love Moscow for its bustling streets and peaceful parks, variety of architecture and bright greenery, people who lived here in the past and live here now. I like to share my love for the Russian capital with people from all corners of the globe.

My favourite place in Moscow is the Kremlin and Assumption Cathedral in Kremlin.
Kremlin is not only the historical center of the country; it is also a spiritual center of Russia. Without Kremlin, Russia could easily lose its independence under the yoke of the Golden Horde and other conquerors. I love to show the Iconostasis and wall paintings at Assumption Cathedral to my guests. You can only see such high Iconostasis Wall in Russian Orthodox Church. Icons tell us the biblical story, the tragedy of a mankind and its salvation.

Moscow is worth visiting – just come and explore the atmosphere of this magnificent and unique place!